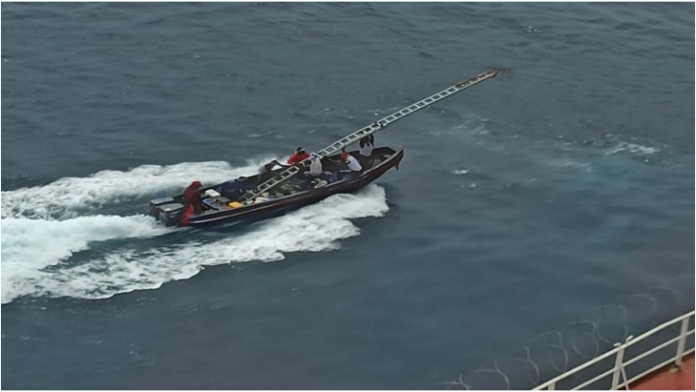 [Source: Maritime Executive] By François Morizur. In a recent article, I tried to foresee the form that piracy in the Gulf of Guinea could take over the next few years. Now, I propose what responses could counter these threats.

The pirates did not come from the coupling of a mermaid and a swordfish, everything begins onshore. Generally, we can consider piracy in the context of poverty, loss of livelihoods such as fishing (pollution or illegal over-exploitation), lack of support from official structures, more or less easy gain, etc. Pirates from the Nigerian Delta should also be viewed in the context of militancy, illegal crude oil bunkering and illegal refinery production. Oil theft is estimated to benefit at least 500,000 people in the country.

The fight against West Africa piracy cannot be based on a single solution. Different parallel programs developed in Asia then East Africa were based on fighting poverty, countering the external factors leading to the loss of historical or traditional resources (mainly artisanal fisheries), plans to develop other livelihoods, cooperation between the coastal countries concerned, the establishment of specific laws adapted to maritime piracy, and the establishment of armed response to counter the effects of recalcitrant pirates.

The Nigerian Delta is the main region for oil and gas exploitation area in the country, onshore as well offshore. The oil and gas companies and their subcontractors are the main employers in the area, but they are not enough to offer real development.

Given this background, we can look at the anti-piracy “tools box” to determine what initiatives could counter piracy in the Gulf of Guinea: