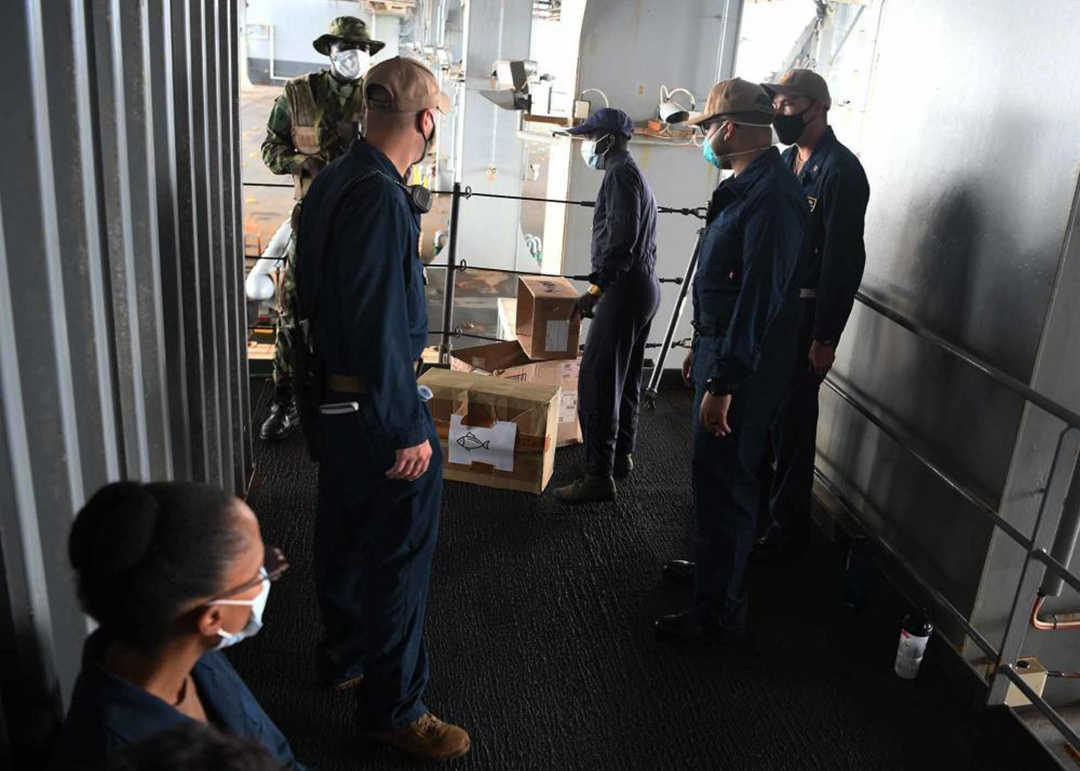 “This exercise is organized in the framework of the code of conduct resulting from the Yaoundé process,” Nigerian Navy Chief of Staff Vice Adm. Awwal Gambo said in a report by Nigerian news channel Silverbird News24. “We aim to create a safe and secure maritime environment for shipping and other activities through the prevention of piracy, sea robbery, crude oil thefts, illegal conquering and other forms of criminalities.”

About 30 surface vessels and five aircraft participated throughout the weeklong exercise that began October 10. Among the vessels was the U.S. Navy ship USS Hershel “Woody” Williams.

The event was not limited to simulations. During the exercise, a French Falcon 50 aircraft located a fishing vessel in distress, and authorities guided a nearby merchant vessel to help seven fishermen on board. In another drill, the French frigate Germinal and its embarked helicopter located a canoe suspected of drug smuggling and guided an Ivoirian patrol boat to intercept the canoe.