Recommandations of Symposium on maritime security in the Gulf of Guinea 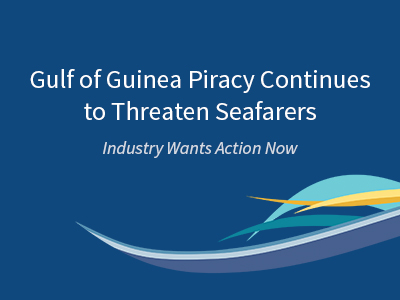 [Source: ITF] When piracy or armed robbery happen at sea, seafarers are on the frontline, at risk of being injured, assaulted, taken hostage or killed. Attacks have increased dramatically impacting thousands of seafarers and their families who fall victim and suffer at the hands of pirates.
In the Gulf of Guinea, piracy and armed robbery have been long-standing problems, but in recent years the frequency of attacks is increasing in this region. The severity of this issue and the treatment of the crews is worsening, with ruthless and inhumane acts of violence. This is compounded by the difficult international regulatory environment, where prosecuting these violent crimes is complicated by misunderstanding over the limits to sovereignty of each country in the Gulf of Guinea.

The organisers invited a seafarer, who was held captive for more than three weeks in a recent attack, to detail first-hand the dangers to seafarers and the terrifying experience that he and the crew went through.

He explained the sophistication of the attack as well as the anxiety and apprehension that crew onboard undergo when entering and passing through the Gulf of Guinea.

Branko Berlan, ITF accredited representative to the IMO, highlighted the human toll of the escalating attacks to seafarers’ physical and mental health, and that governments, industry and seafarers’ welfare organisations must consider the lasting impact of trauma and post-traumatic stress symptoms.