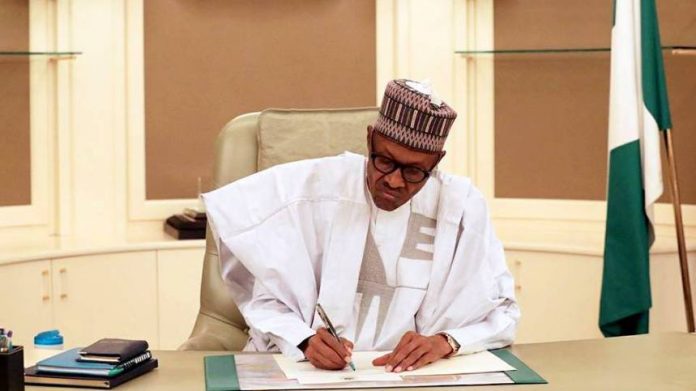 (NIMASA, 3 July 2019) – President Muhammadu Buhari has given his assent to the Suppression of Piracy and other Maritime Offences Bill, 2019, in an unprecedented move billed to bring a dramatic improvement in security on the country’s territorial waters and exclusive economic zone. The Presidential assent dated June 24, 2019 followed the passage of the bill by the Senate and House of Representatives on April 9, 2019 and April 30, 2019, respectively.

The bill passed by the Eighth National Assembly gives effect to the provisions of the United Nations Convention on the Law of the Sea (UNCLOS), 1982, and the International Convention on the Suppression of Unlawful Acts against the Safety of Navigation (SUA), 1988, and its Protocols.

The Nigerian Maritime Administration and Safety Agency (NIMASA) had facilitated the drafting of the Suppression of Piracy and other Maritime Offences Bill in 2012, in collaboration with the International Maritime Organisation (IMO). It was in a bid to give further credence to the relevant international treaties of the United Nations (UN) and IMO ratified by Nigeria on maritime safety and security and provide a much-needed legal and institutional framework for the country – through its maritime security enforcement agencies: the Nigerian Navy and NIMASA – to ensure safe and secure shipping on Nigerian waters, and prosecute infractions.

Besides addressing maritime insecurity, the new law, very importantly, fulfills the international requirement for standalone legislation on piracy, as against the approach of using the Maritime Operations Coordinating Board Amendment Bill to criminalise piracy.

With the Suppression of Piracy and other Maritime Offences Act, Nigeria has officially become the first country in the West and Central African Sub-Region to promulgate a separate law against piracy, an important international requirement set by the IMO as part of measures to guarantee secure global shipping.

Read more in the original article published by NIMASA