Senegal Seizes 750 Kilos of Cocaine in Shipments Set for Europe 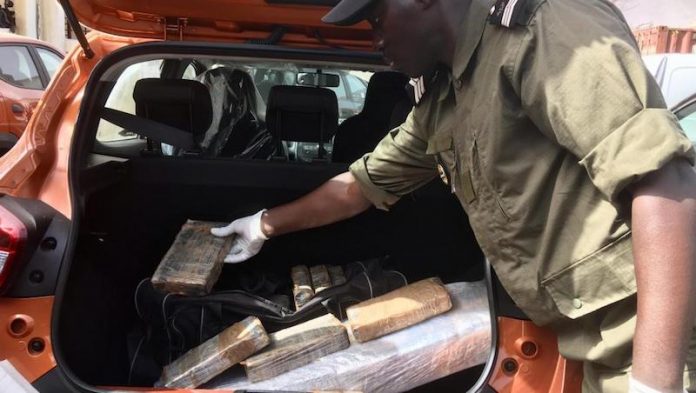 Senegal seized 750 kilos (1,650 pounds) of cocaine Sunday on a ship traveling from Brazil, hidden inside 15 cars with final destinations that included Europe, in the latest large drug seizure off the West African coast this year.

The cocaine was packed in travel bags in the cars on the ship, which had arrived at the port in the capital Dakar on Saturday, news site Dakaractu reported, citing port authorities. The cars were destined for Germany and Ghana, the website said.

Record cocaine busts in Cape Verde and Guinea-Bissau earlier this year indicate West Africa is making a comeback as a transit point for cocaine from South America to Europe. Authorities in the two former Portuguese colonies have intercepted as much as 10.4 tons of the narcotic this year, more than the total amount seized on the continent between 2013 and 2016, according to the United Nations Office on Drugs and Crime.