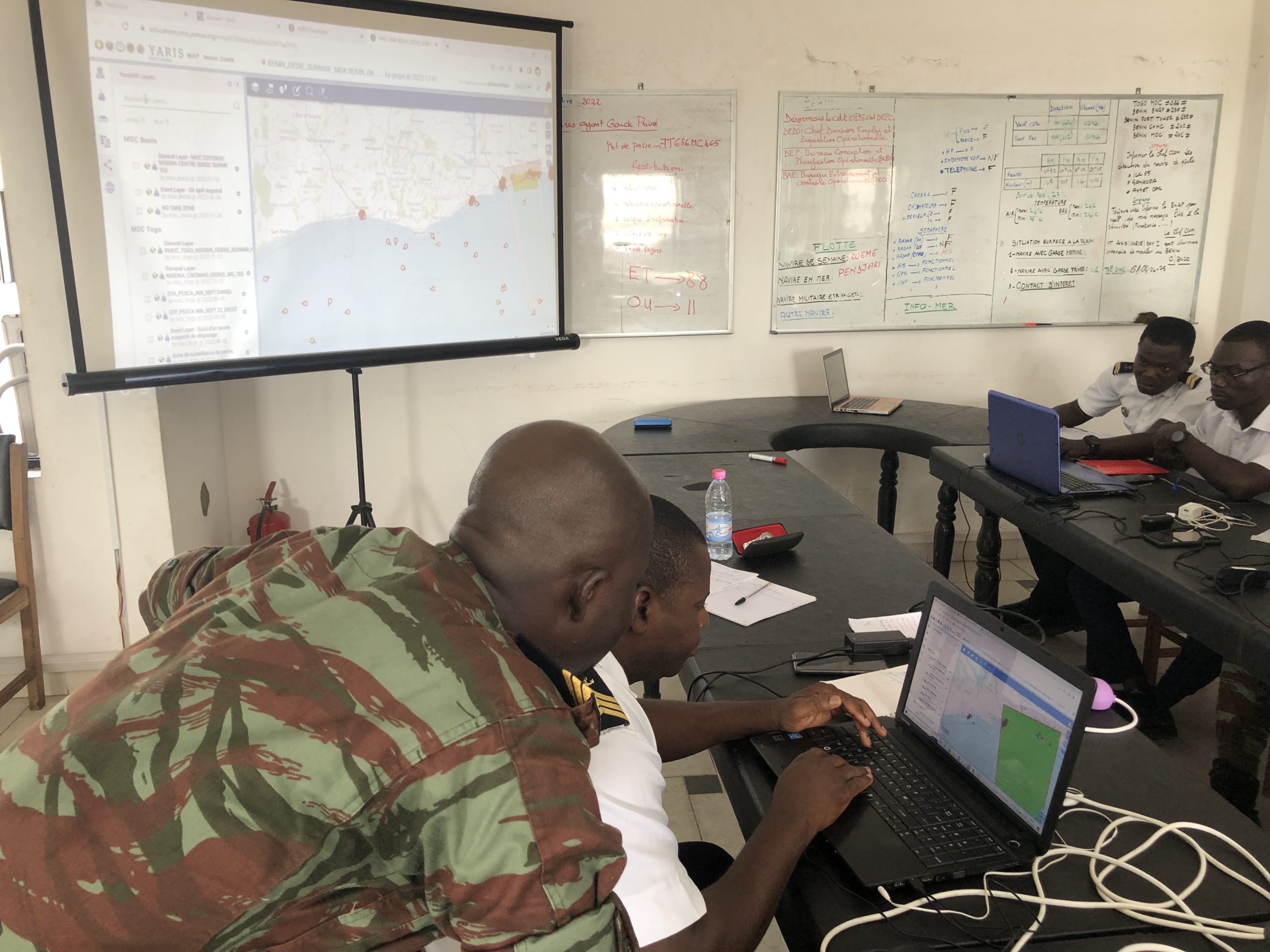 As part of the support provided by the French Navy to the Beninese Navy, two GoGIN instructors trained eight signal station watchkeepers to use the YARIS platform, from 5 to 9 December 2022, in Cotonou.

To ensure the surveillance of its coasts, the Beninese Navy has three signal stations (Cotonou, Grand Popo and Sèmè-Kpodji), responsible for monitoring the maritime approaches and reporting any suspicious activity. Its staff benefited from a 3 weeks’ capacity building training, delivered by the French project “Support of the State action at sea”, in early December 2022.

The GoGIN+ team was asked to participate in this action, in order to strengthen the signal station watchkeepers in their use of the YARIS platform. The training took place at the Maritime Operations Command Centre (MOCC) of the Beninese Navy in Cotonou.

For 5 days (from 5 to 9 December), Gilles Chehab and Olivier Bichon, supported by Hyppolite N’Tcha, YARIS trainer of the Maritime Prefecture, taught the 8 watchkeepers to build a maritime picture adapted to the permanent monitoring of signal stations. At the end of these 5 days of practice, the staff has fully understood the importance of conducting a permanent watch and is now able to create dedicated situations to detect any anomaly of movements at sea, or to coordinate any operation.

The two GoGIN+ experts also presented the YARIS system to the Benin National Navy authorities, including Captain Olatoundji, Chief of Naval Staff, and Captain Ahoyo, Maritime Prefect, accompanied by the commander of the Naval Base and the commander of the Maritime Operational Centre (MOC). At the end of this presentation, the Maritime Prefect and the Chief of Staff concluded that it is essential to train operational officers in YARIS in order to build up maritime pictures for the permanent watch of the Beninese maritime domain. 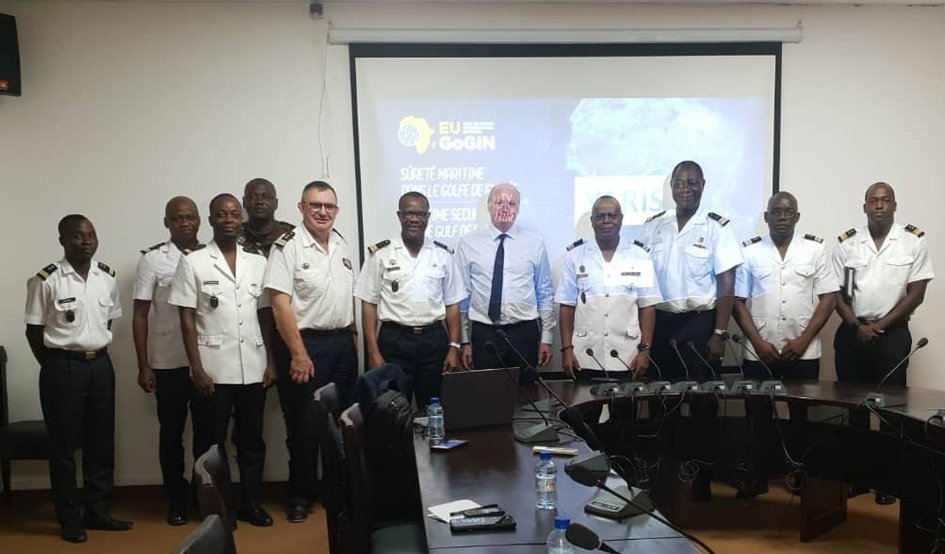 This training, carried out upon the request of the Beninese Navy, is a good example of the cooperation and coordination of efforts of all national and multinational partners, to improve the skills of the whole personnel involved in maritime surveillance.