GoGIN is invited to the maritime security conference in Nigeria (GMSC) 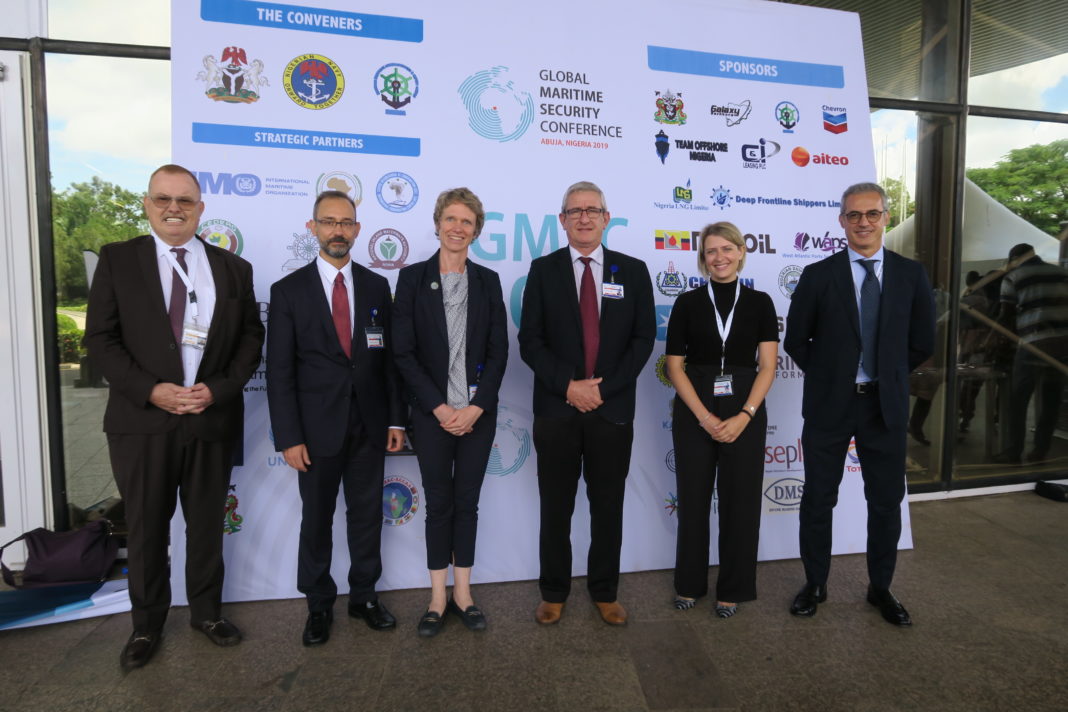 The 2019 GMSC (Global Maritime Security Conference) took place from the 7 to 9 October 2019 in Abuja, Nigeria. Close to 80 countries and organisations participated in this international conference on maritime security in the Gulf of Guinea organised by the Federal Ministry of Transports, the Nigerian Navy and the NIMASA (Nigerian Maritime Administration and Safety Agency).

It concluded with the restitution of 17 resolutions which were elaborated from 79 recommendations made by the 10 panels (final release attached).

GoGIN took part in panel n°9 (Enhancing MDA) with CRESMAO, CRESMAC and CRIMSON. This panel, moderated by the professor Jeffrey A. Landsman from the US Naval War College, emphasised the importance of the national level as the primary level for implementation of the Yaoundé Architecture and reinforcement of maritime knowledge.

Our takeaways from this conference are the following:

This conference is a success, and constitutes an important step towards the political decisions required for the successful implementation of the resolutions. In the coming months, the entirety of the maritime community will be attentive to political and operational decisions as well as to the evolution of criminal acts at sea.