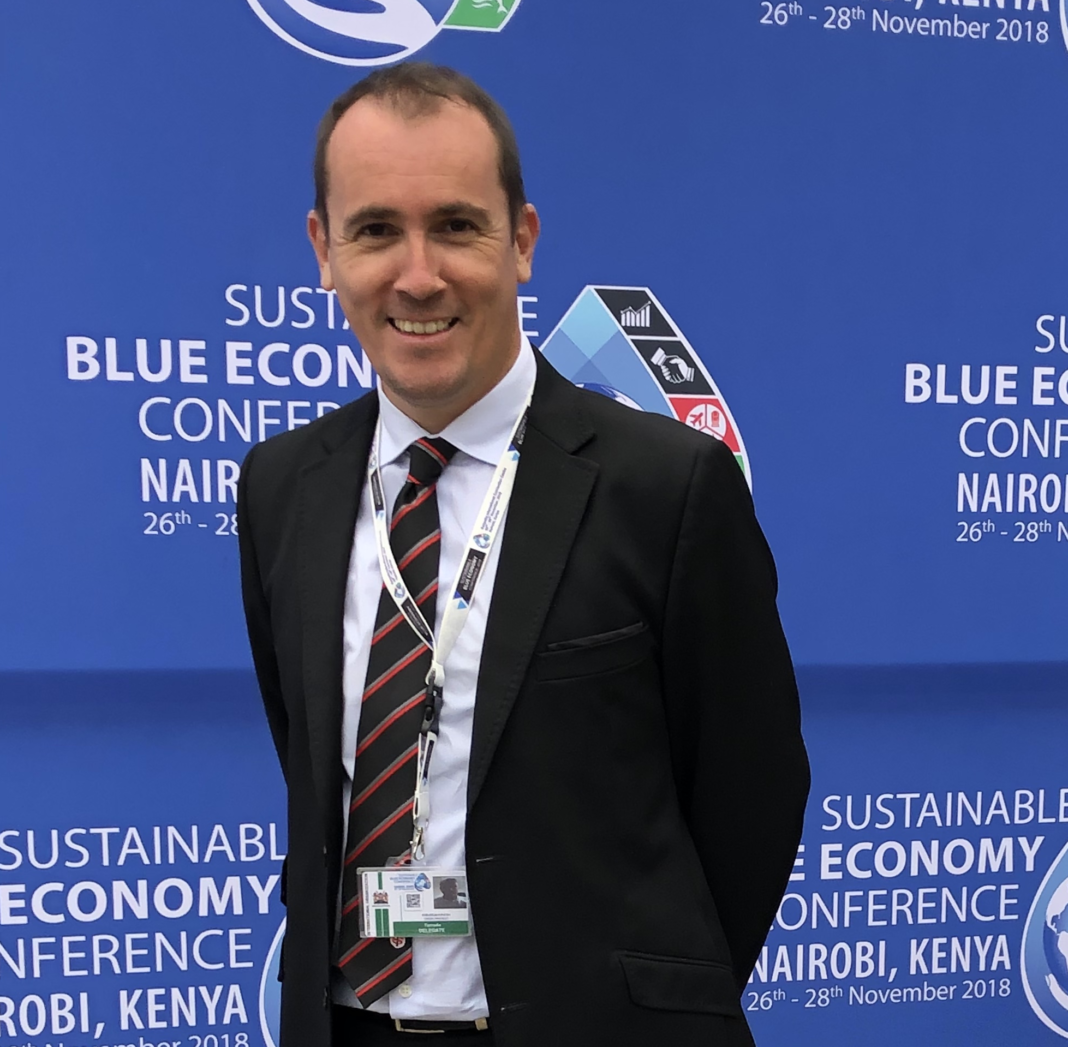 Thomas Tarrade, who worked on the GoGIN project, passed away on May 25th 2020, at his home in l’Ariège, after 18 months of courageously battling cancer surrounded by his three children and wife, Sameera.

We deeply regret our heartly and enthusiastic college who knew, so well, how to share his skills and knowledge in a discrete yet meaningful manner. He always actively searched for solutions for great team work.

Each one of us can recall thousand things about Thomas. For me, his « joie de vivre », overflowing optimism and subtle humour clearly defined him. But he was also a hard worker, discrete yet efficient, who never complained, even in the most difficult isolation periods lived throughout his projects!

Thomas arrived in Yaoundé in November 2014, as technical advisor of the first ICC director, Colonel Abdourahmane Dieng, for the CRIMGO project. As soon as the GoGIN project started in December 2016, he moved to the CRESMAC headquarters in Pointe-Noire. During five years Thomas worked with determination to help structure the centres and make the Yaoundé Architecture operational; he contributed significantly to staff capacity building of the regional and national centres, namely regarding the law of the sea and fight against maritime crime. The best testimony is probably the publication of a practical guide based on the training material he had himself developed and coordinated by Marta Chantal Ribeiro, GoGIN legal expert. This guide will soon be available in an ebook format.

Thomas, indeed, had an in-depth knowledge of State action at sea and the law of the sea, acquired during his studies in Nantes and 11 years within the French Navy as maritime lawyer. Besides his embarkations, he was the maritime advisor to the prefect of French Guyana, before joining the Navy General Staff Headquarters in Paris as Deputy Head of the « Law and incidents at sea » office. By supporting the development of the Yaoundé Architecture centres, he had started a new career, regrettably abruptly cut short.

Beyond his professional portrait, one must mention Thomas’s half-smile and subtle humour, his passion for rugby (and the « Stade Toulousain »), his deep connection to the mountains of l’Ariège and above all his unconditional love for his family.

Our thoughts go to his children and wife that can be proud of their father and husband.