GoGIN co-facilitates innovative training on board the PHA Tonnerre 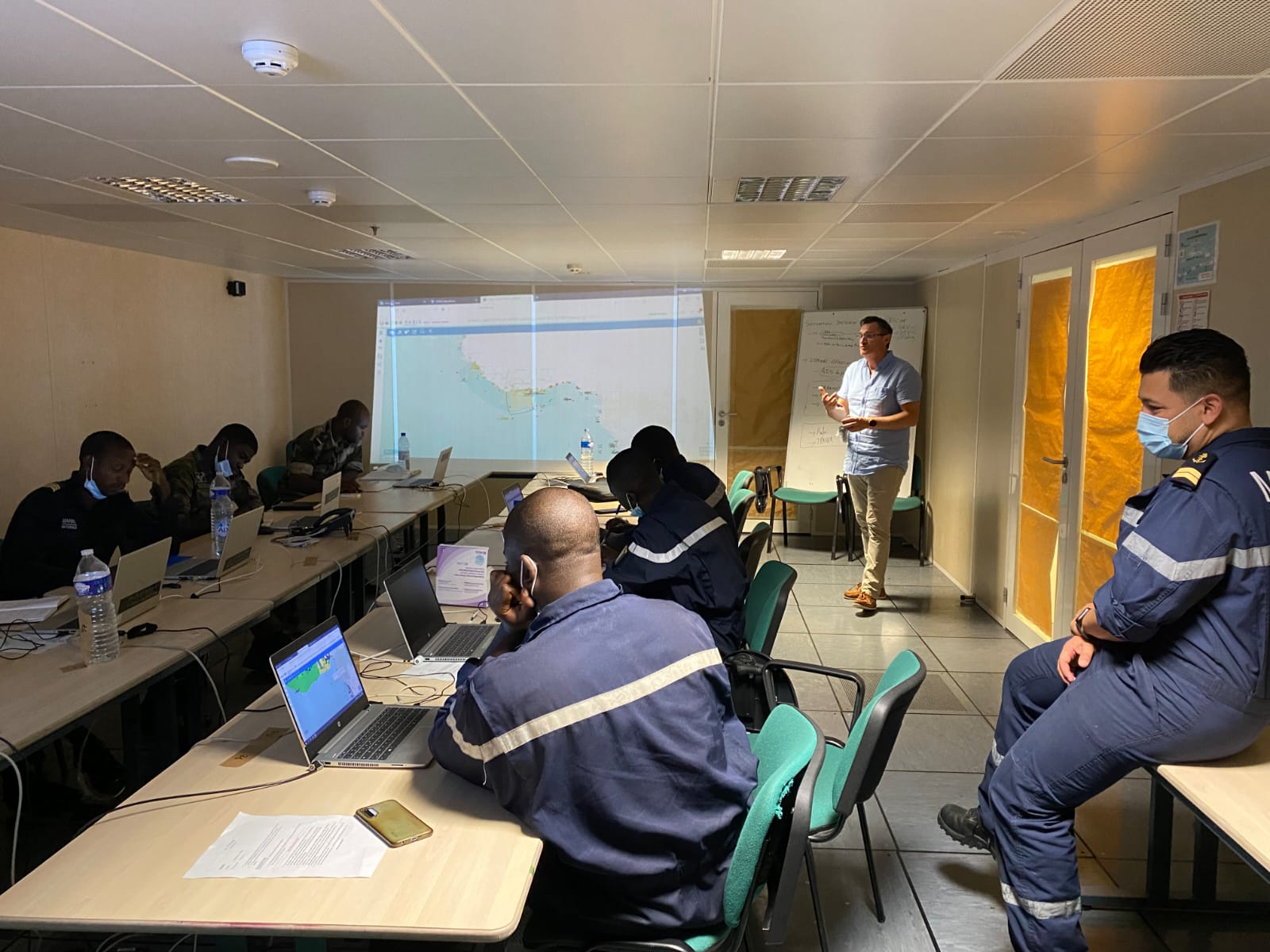 From 7 to 19 November, GoGIN participated in a training designed and provided by the French Navy on board the Landing Helicopter Dock Tonnerre. This pilot training brought together 10 participants from the maritime operations centres (MOCs) of Benin, Côte d’Ivoire, Gabon and Togo, who acquired a great deal of expertise in using the YARIS platform and its features.

The French Navy involved the GoGIN project in a pilot training session, which was conducted for the first time on board the PHA Tonnerre, a landing helicopter dock on a Corymbe mission.

Four French-speaking countries welcomed the initiative and chose, in addition to an Ivorian boarding team and officers of the watch, trainees from the Yaounde architecture referent MOC, namely the Cotonou, Abidjan, Libreville and Lome MOCs.

The training was co-facilitated by Olivier Bichon (GoGIN Expert and Trainer) and two other trainers from the French Navy. 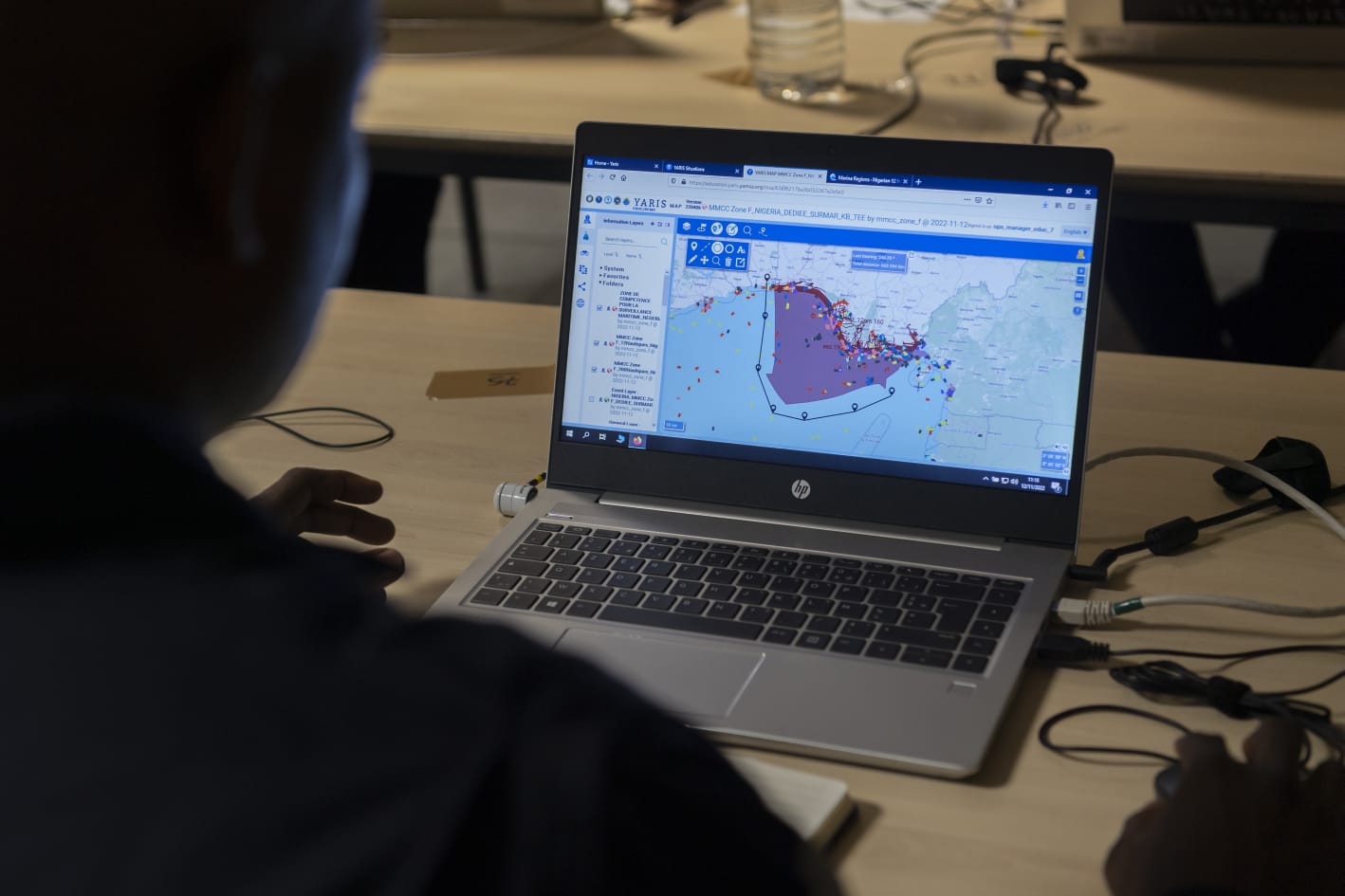 Participants trained on board in the use of  YARIS

For 10 days, participants were trained on how to exploit the YARIS system to create operational and dedicated situations, to build smart layers aimed at enabling continuous monitoring of their maritime domain,  to set up maritime images for monitoring or operational purposes, as well as to share and control information throughout the process. They were given the opportunity to practice on the EDUC version (YARIS version for training) by simulating joint anti-IUU fishing, anti-piracy and maritime rescue operations. This training for MOC officers was combined with that of the boarding team and watchkeeping officers, with a view to enabling each stakeholder to gain a full picture of a police operation at sea.

At the end of this training, trainees are able to use the platform in an operational setting, especially for permanent maritime surveillance. They are well-equipped to lead and coordinate maritime operations at national, zonal and regional levels using the YARIS system.

This initial on-board training session has proven successful and provided an excellent opportunity for the GoGIN project to achieve greater impact through its activities. The concept will certainly give a fresh impetus to the Yaoundé Architecture’s capacity-building activities, whether at the referent MOCs of the 19 signatory countries or in other operational centres.