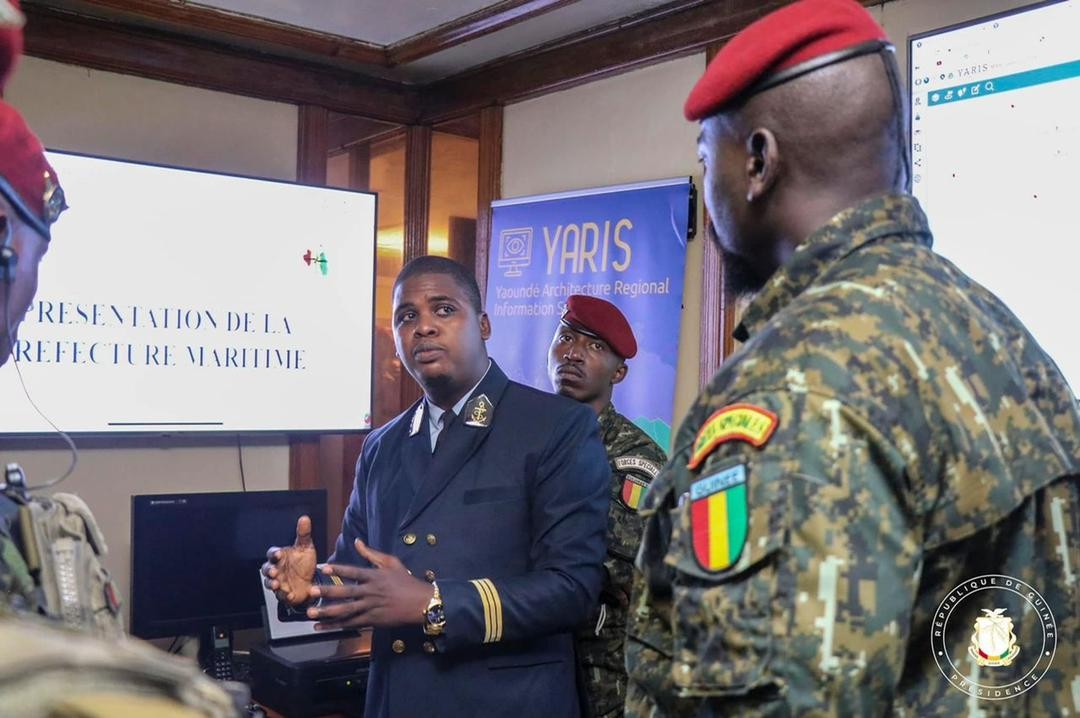 An operation to combat illegal fishing was successfully recently carried out by the maritime operations centre (MOC) of the Maritime Prefecture of Guinea, using the YARIS platform. The operation resulted in the boarding and inspection of the offending vessel.

The Egyptian-flagged fishing vessel FADH Aleslam (MMSI 62210901) under Sierra Leonean licence was sighted in late July in Guinean waters on the southern border with Sierra Leone. The vessel was engaged in unauthorised fishing activity during a biological rest period. After detecting and tracking the vessel for three days on the YARIS system, the Maritime Prefecture’s Control Centre planned an operation to intercept, board and divert the vessel.

On the basis of the information recorded in YARIS, the Maritime Prefect, Captain Ahmadou SOW, gave the order to launch the boarding operation on Saturday 30 July at 09:30 UTC. The operation was carried out by a team of marine fusiliers on a national navy launch, who boarded and diverted the fishing vessel to the Conakry naval base.

Captain Ibrahima Bah, in charge of operations and training at the MOC of the Maritime Prefecture, explains that “the YARIS system makes it possible to define several maritime zones and to observe the movements of vessels within these areas. In the case of the Sierra Leonean licensed fishing vessel, the MOC observed the same scenario on YARIS for three days and was thus able to build up an evidence base to launch the operation; the decision to launch the operation was taken by the Maritime Prefect.”

The national supervisory commission for offending fishing vessels, chaired by the Maritime Prefect, has issued the corresponding sanction, namely a fine of approximately 800,000 euros and the seizure of the cargo.

The Head of State, Colonel Mamadi Doumbouya, visited the maritime prefecture to be briefed on the operation (Presidency article on visit). 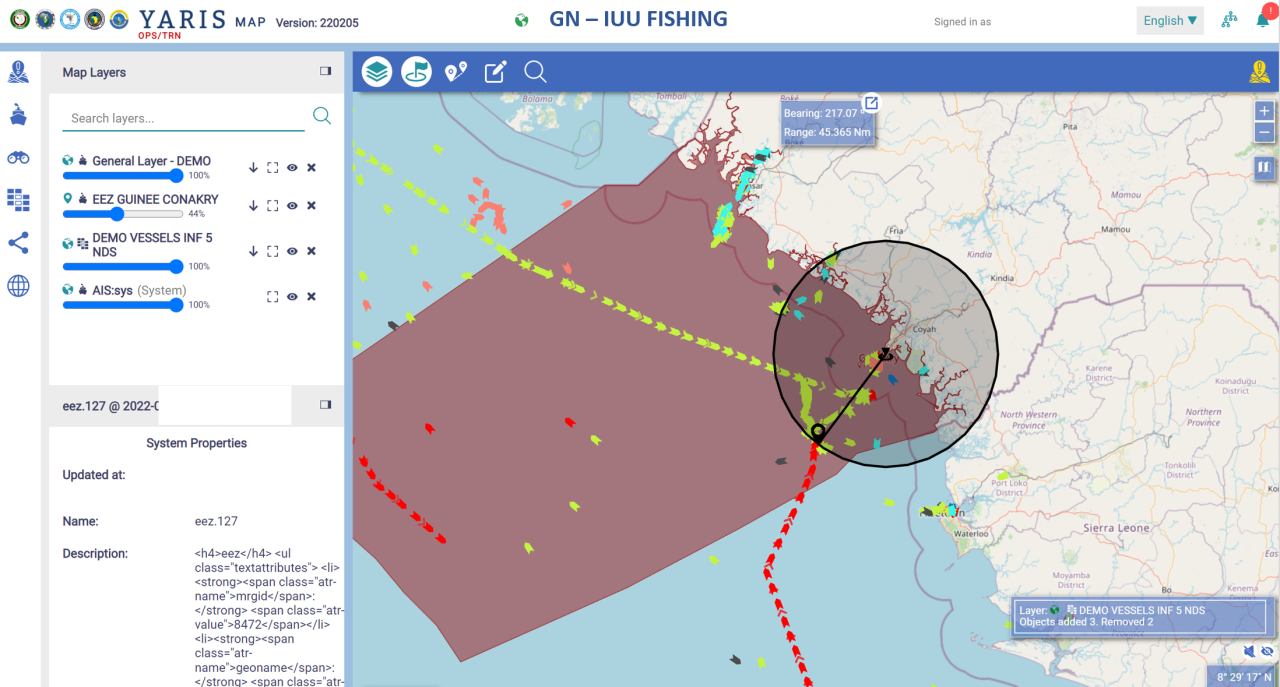 The YARIS platform is a computerised maritime database which provides a system for monitored information sharing, as well as a tool for analysis and decision-making, designed to enable operations at sea and manage maritime and port crises of regional scope. YARIS allows to combine and manage maritime information sources (systems, radar, imagery…), to analyse and share, in order to plan and conduct the appropriate operations. The system can be configured to highlight specific threats and alert criteria, which enables the automatic detection of suspicious targets. This is an analysis aid.

The YARIS system was developed by the consortium led by Zertive Consulting within the framework of the European project GoGIN (Gulf of Guinea Interregional Network) implemented by Expertise France, in partnership with Yaoundé institutions.

The success of the recent operation in Guinea is a concrete example of the operational use of YARIS as a maritime surveillance and decision support tool.

Improving knowledge of the maritime and port domain is essential for more effective action, and this is the purpose of the YARIS system.