YARIS: a monitoring tool but also a means for analysis 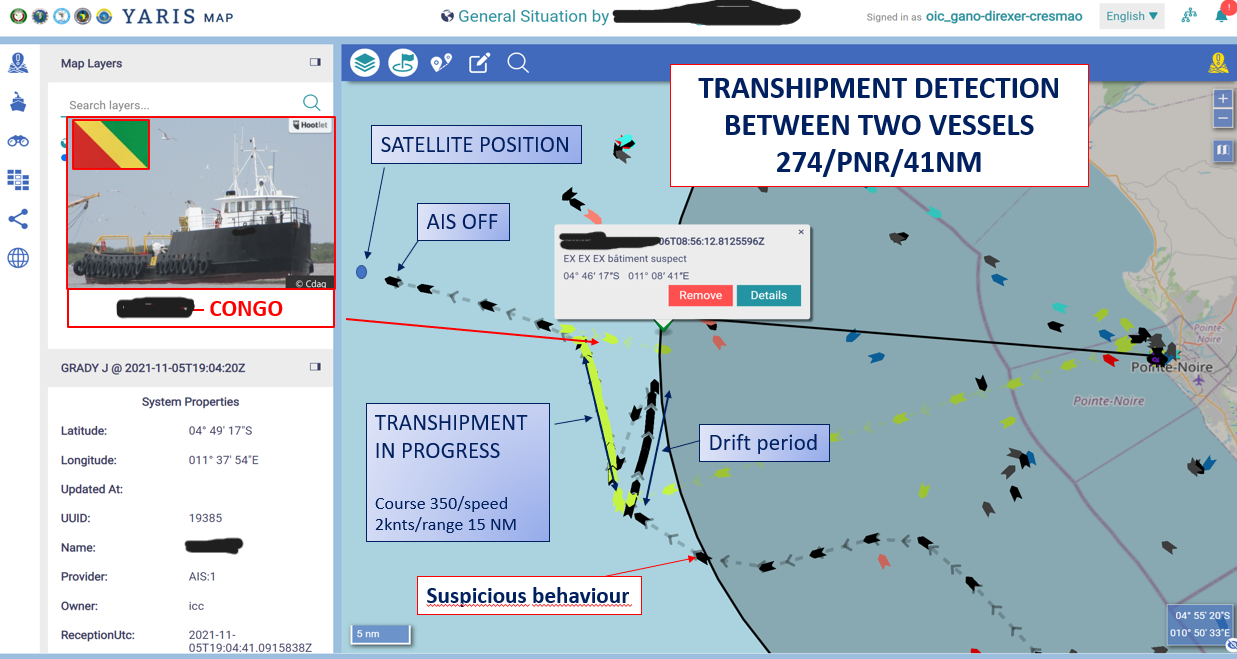 Permanent surveillance of the seas is a prerequisite for the peaceful and sustainable utilisation of the marine and maritime resources. Such surveillance is a necessary condition for conducting targeted maritime policing operations in cases of suspected illegal or criminal activities. To be truly effective, however, it must be accompanied by an analysis work that allows both the anticipation of criminal behaviour and the efficient use of the means available for patrols and interventions.

The importance of analysing the information

In the Gulf of Guinea, the Yaoundé Code of Conduct, signed in 2013, allowed the creation of an interregional maritime security architecture. It is structured around national, zonal and regional centres, most of which are now operational.

The YARIS platform, developed with the support of the European Union, is part of the operationalisation of Yaoundé Architecture. It is now used in many national maritime operational centres (MOC) and by all regional centres.

Its gradual deployment since September 2020 has recalled the importance of analysing information on the long term, on at least five alert areas: transshipments at sea, drift episodes preceding a transshipment, discrepancies in AIS or VMS signals, compliance history and registration issues. Indeed, any police operation at sea first requires the collection, follow-up and cross-checking of information, as well as the sharing of information between several administrations, sometimes over several months.

The YARIS mapping functions, the ability to set predefined alert criteria, and the integration of several external sources allow YARIS to be both a surveillance tool and a means for anticipation and analysis.

An example of transshipment detection via YARIS

The example below of the detection of a transshipment at sea off Pointe Noire demonstrates the capabilities of the YARIS platform to anticipate and conduct verification operations, possibly followed by legal proceedings in the case of an activity considered illegal. 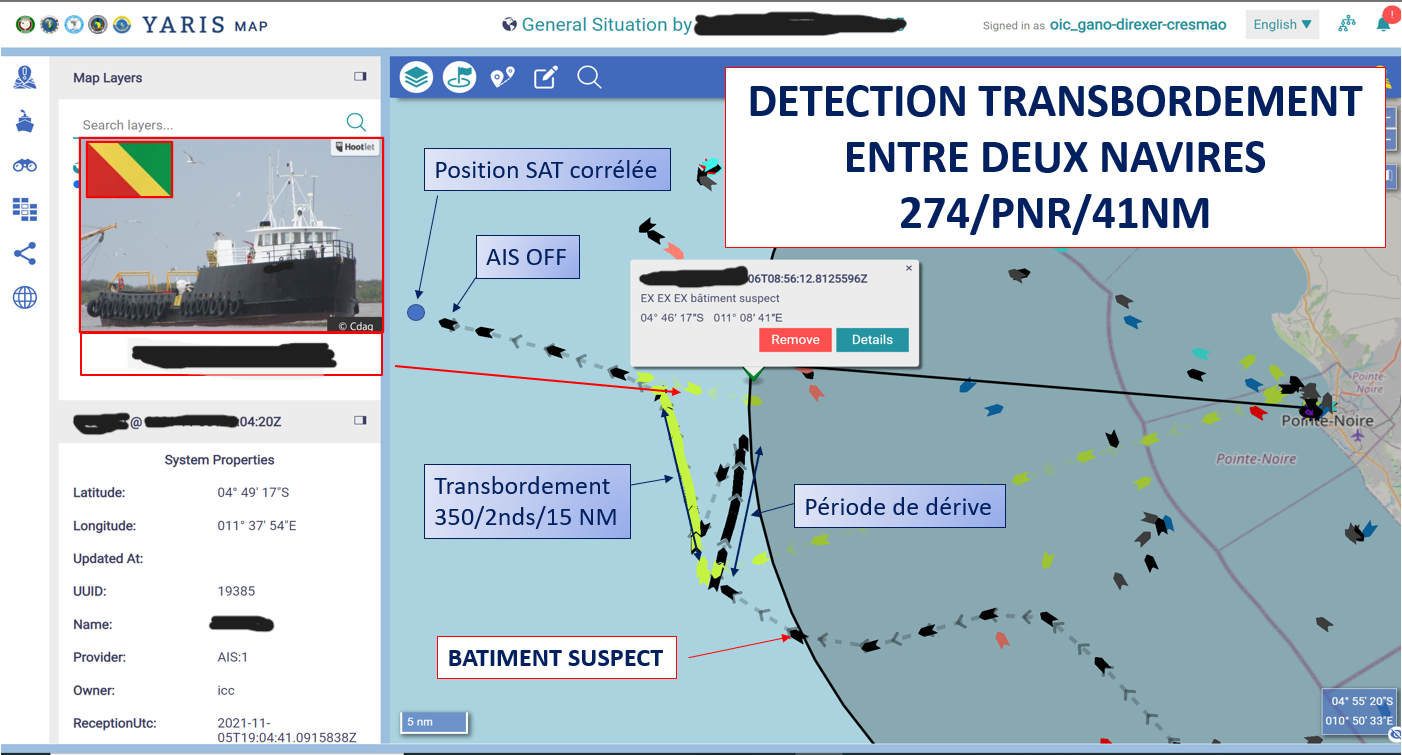 This screenshot of YARIS illustrates how the automatic analysis set up in YARIS can detect drift episodes preceding possible transhipment activities. The AIS transmission deviations detected on YARIS are alert indicators taken into account in the threat assessment.