YARIS in Togo: the Maritime Agencies are connected 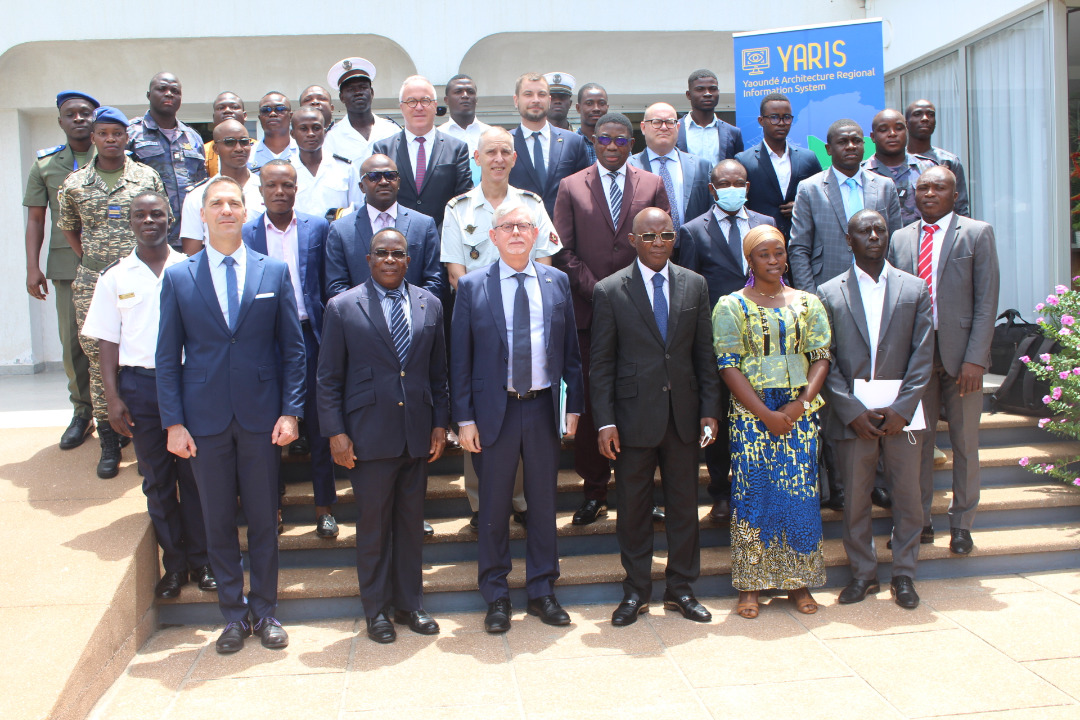 On May 20th 2022, The Minister-Counselor for the Sea, Mr Stanislas Baba, presided over the closing ceremony of the training on the use of the YARIS platform. After this 15-day training course, co-organised in Lomé by the Maritime Prefecture, the national YARIS network connects together maritime agencies. And they could use a single secure tool to prepare and conduct maritime safety and security operations. Download the press release.

National training on YARIS in Togo

14 operational managers and 13 operators underwent advanced training in YARIS from 9 to 20 May 2022, provided by a team of GoGIN+ trainers and Yaoundé Architecture’s centres (CRESMAO and CRESMAC). In addition to mastering the main functionalities of the platform, the training allowed participants to learn how to co-ordinate and conduct operations in hypothetical scenarios, including fighting illegal fishing, offering assistance to ships in difficulty and combating illegal trafficking. The participants were members of the following administrations: the High Council for the Sea; the Maritime Prefecture; the Maritime Operations Centre (MOC) of the National Navy; the Lomé Autonomous Port; the Maritime Gendarmerie; the Fisheries Directorate; the Maritime Affairs Directorate and the Togolese Revenue Office.

And, these agencies are now connected within a national YARIS network, which means they are able to use a single secure tool to prepare and conduct maritime safety and security operations, from routine situations to crisis situations.

The State Action at Sea in Togo

Togo has put a coordinated organisation mechanism in place to manage State action at sea, under the responsibility of the National Agency for State Action at Sea (ONAEM); the Maritime Prefecture is the operational arm and is in charge of operations in emergency or crisis situations in the maritime and port domains, in cooperation with the various agencies involved.

The ONAEM is the single national maritime body responsible for coordinating all the actions of the agencies involved in State action at sea as well as those of private maritime sector companies. It is composed strategically, of the High Council for the Sea chaired by the Head of State; of the services of the Minister-Counsellor for the Sea, led by Mr Stanislas Baba, and operationally of the Maritime Prefecture.

The Maritime Prefect, Captain Takougnadi Néyo, exercises his authority on the maritime domain of Togo. He is responsible for operations in maritime and port emergencies or crises, particularly in the event of complex police operations, piracy, pollution, rescue at sea and other illegal acts. It is also responsible for coordinating the actions of all the agencies involved in the State action at sea, the objective being the pooling of resources and the cohesion of the agencies’ actions (the fisheries, environment and maritime affairs departments, as well as the ministries responsible for finance, defence, territorial administration, foreign affairs and higher education).

Interview of the Maritime Prefect and GoGIN+ Head of Mission