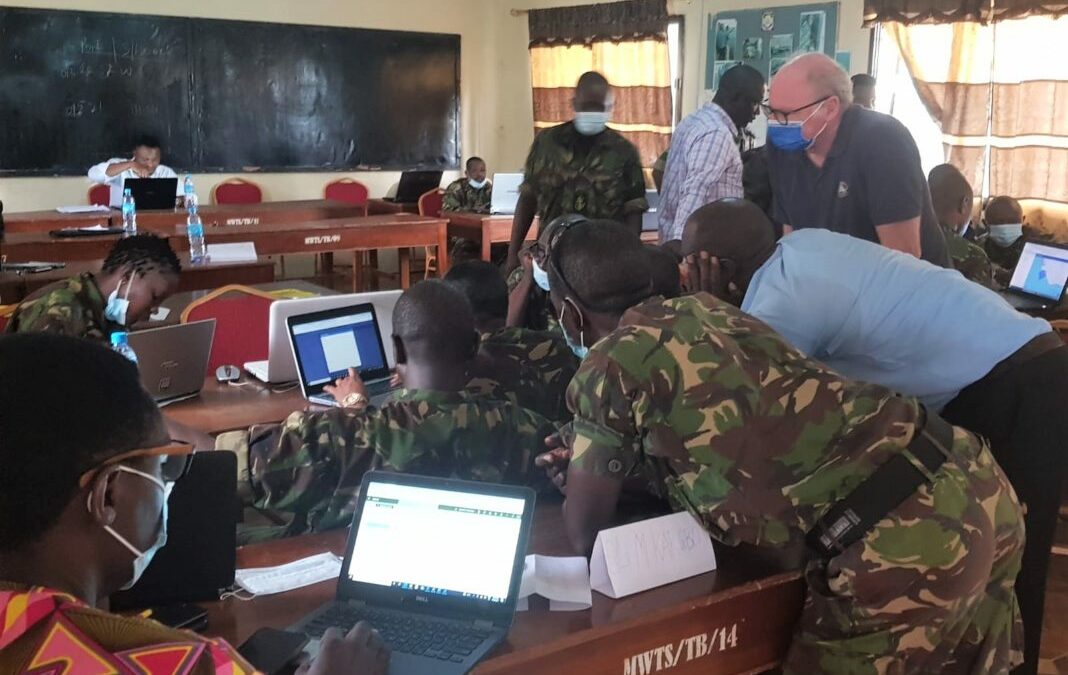 [Freetown 24 September 2021] The Chief of Staff, Joint Force Headquarters of the Republic of Sierra Leone, Brigadier General Sahid Tejan Kanu chaired the closing ceremony of the YARIS platform (Yaoundé Architecture Regional Information System) advanced training programme, in the presence of the various national authorities from the Defence Ministry, Office of National Security, and various maritime stakeholder representatives. The graduation ceremony was held at the RSLAF Maritime Wing Training School in Freetown, on the 24th of September at 10 am. [Press release]

The maritime safety and security of Sierra Leone is coordinated by the Joint Maritime Committee (JMC), which operates and manages the Joint Operations Centre (JOC), manned by key agencies including the Navy, Marine Police, the Sierra Leone Maritime Administration, and the Ministry of Fisheries and Marine Resources.

From 13 to 24 September, twenty-four participants from the JOC (Navy, Marine Police, Maritime Administration, and Ministry of Fisheries and Marine Resources) received an advanced training on YARIS, delivered by a mixed team formed of instructors from GoGIN, ICC, CRESMAO and CRESMAC. During this session, 5 new YARIS instructors received hands-on training with guidance of experienced instructors.

The aim of this in-person training is to allow centre staff to use YARIS in an operational context. In the case of the Sierra Leone JOC, the focus was on both presenting the host system functionalities whilst also supporting centres to embed this tool within their own operating procedures. Participants were given fictional scenarios on different themes (including fight against toxic waste dumping) to practice sharing situations, appropriating YARIS, and measuring its performance in daily missions.

CDR Abdul Karim Dumbuya, Head of Operations of the JMC, stated that

“YARIS is a platform that is highly welcome and is viewed as a tool that is not only simple to understand and utilize but will also increase the capacity of effective monitoring of our waters and ensure efficient sharing and management of maritime information both at national, zonal, regional, and international levels.”

In the coming weeks, this personalised support will continue to be rolled out by a mixed pool of trainers (GoGIN and YA centres) in Angola, Liberia, Nigeria, RDC, Togo as well as in MMCC Zone E; in addition, the YARIS platform will be used as primary communication tool during the forthcoming French-led African Grand Nemo exercise.